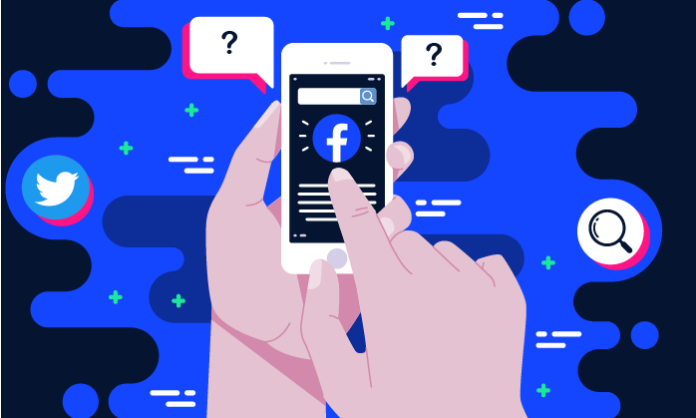 Less than 24 hours ago, the world came to a “social standstill” as Facebook, and its sister companies, WhatsApp and Instagram, became unavailable, leaving its 3.5 billion users in a flap. The outage, which lasted almost 6 hours, shut off access for users and businesses all over the world and caused ripple effects that we will likely continue to see in the immediate (and perhaps not-so-immediate) future.

According to a statement made by Facebook’s VP Infrastructure, Santosh Janardhan, “[Facebook’s] engineering teams have learned that configuration changes on the backbone routers that coordinate network traffic between our data centers caused issues that interrupted this communication.

This disruption to network traffic had a cascading effect on the way our data centers communicate, bringing our services to a halt.”

In short, the issue was triggered by a change to BGP records, causing Facebook to “vanish from the map” – at least for a while.

Facebook’s BGP peering before and after pic.twitter.com/ODhUybFH9E

To learn more about these events, as they unfolded, you should read this excellent post by Brian Krebs. Meanwhile, I`ll move forward to discuss the various outcomes of the outage, which likely was the most significant downtime event since the 2016 DDoS attack on Dyn.

Many things can happen in 360 minutes, especially if several of the largest social channels in the world are down. So what were the repercussions of the 6-hour outage? To get a full answer we decided to look at this from a few different angles.

The Company: The Timing Couldn’t Be Worse

Millions of users were left frustrated, while others were creating their best memes for the internet – during that time, Facebook had to deal with a striking financial event. According to Fortune’s estimations, the outage caused a total loss of ~$99.75 Million in revenues.

The plummeting of Facebook’s stock was, however, most likely not only a result of the outage. Facebook has already been under heightened scrutiny over the past few weeks, after several internal Facebook investigations were leaked. Frances Haugen, “Facebook’s whistleblower” and previous Product Manager, came out just yesterday as the person who filed complaints with federal law enforcement.

According to Haugen, “Facebook, over and over again, has shown it chooses profit over safety” – accusing Facebook of causing mass harm with its products, and not doing enough to limit disinformation and hate speech on its platform.

The CEO: One Billion Lost Per Hour?

The combination of Frances Haugen’s whistle blow, and the severe outage of Facebook’s products, directly impacted Facebook’s CEO, Mark Zuckerberg, as well. Within a few hours, Zuckerberg had to witness his personal wealth shrink by almost $7 billion according to Bloomberg.

Not only did this affect his pocket, he also consequently slipped from 3rd to 5th place in the ranking of “world’s richest people”, falling behind Bill Gates.

The End-Users: “Everything is Down”

The disruption brought both essential and “everyday” communications to a halt. In particular, this impacted operations and revenues of small businesses and e-commerce from all over the world. According to Mark Donnelly, founder of HUH Clothing, “we’re losing thousands in sales,” since they rely on Facebook and Instagram to communicate with their customers.

There is no  doubt that this situation has underlined how Facebook, and its sister companies, are at the center of our daily lives.

The Competitors: “Hello literally everyone!”

So what do you do if your main channel(s) of communication are down? Easy – find an alternative channel that does the same (and actually works).

Thanks to the outage, several players had a reason to enjoy the hour-long disappearance of Facebook. Signal & Telegram, two private-messenger apps, saw millions of downloads & sign ups to their applications. This can also be seen in the data from Cloudflare below, showing the significant increase of queries for alternative messaging platforms during the 6-hour outage.

Other users flocked towards Twitter – using the time out to share their thoughts, opinions, and humor regarding the situation. These three companies are just a few of several players that received a great opportunity served on a plate.

But what would this section be without a few, great (!) memoirs that were circling throughout the internet during the outage period on the different social channels? Here’s a few that had to be shared:

Even though disruptions have happened to Facebook & Co. in the past, there is no doubt that this outage was the largest the company has faced thus far.

While the initial repercussions of this incident are evident, the long-term consequences are yet to emerge – but given Facebook’s large responsibility, it will need to ensure significant improvements to its infrastructure & incident response to avoid a harsher reality check in future.