What Is Kubernetes RBAC?

RBAC helps protect Kubernetes clusters by letting you control who has access to each API resource. Several misconfigurations can lead to weak access controls that fail to implement the principle of least privilege.

This is part of a series of articles about Kubernetes architecture.

Why Does RBAC Matter?

An RBAC mechanism provides fine-grained control over user privileges for software applications. It helps avoid accounts with excessive privileges by assigning functions to the individual users who need them.

Providing users with too many access privileges increases the risk of stolen or lost credentials, and exposes the organization to insider threats. For example, developers should not have permission to delete a production deployment. Even if you trust every employee in your organization, malicious outsiders could gain control over privileged accounts through social engineering or phishing attacks.

RBAC in Kubernetes allows you to create policies that prevent users from performing admin-level actions, such as deleting pods.

There are several ways to use RBAC in a Kubernetes project:

Here are some of the main Kubernetes elements for RBAC.

A Role or ClusterRole in Kubernetes contains the rules and permissions for a RBAC given role. These permissions are always additive, so there are no negative rules like “deny.”

RBAC roles set the permissions for a specific namespace. When you create a new role, you must specify its namespace. In contrast, a cluster role is a resource without a namespace. These two resources (Role, ClusterRole) have different names because all Kubernetes objects must always be namespaced or non-namespaced—the same object cannot be both.

Cluster roles serve a variety of purposes, including:

You can use roles to define the permission in a specific namespace, while cluster roles can define permissions across the entire cluster.

The name of either type of binding must include a valid path segment.

The Kubernetes API represents and enables access to most resources using the string representing the object’s name—for example, “pods” to represent a pod. The RBAC system can refer to a resource using the name displayed in the URL of the associated API endpoint. A Kubernetes API might also refer to sub-resources such as pod logs.

All default user roles will use this cluster role aggregation, allowing cluster administrators to include custom resource rules. You can use the rules served by aggregated API servers or custom resource definitions to extend your default roles. For example, a cluster role might allow the default “admin” role to manage specific custom resources, while the “view” role can only read, but not edit, the resources.

Kubernetes conceptually distinguishes between user and service accounts, but this distinction is irrelevant to RBAC policies.

However, Kubernetes RBAC defines specific actions, providing a set of verbs to describe the actions an account can run on a given resource.

Run the following to see the list of all available verbs in a cluster:

This creates a role that grants access to resources, and the RoleBinding connects a service account to a role.

The command auth can-i can be used to query the RBAC authorization mode. The -n flag specifies the namespace, and the --as flag identifies the service account. For service accounts, you need to prefix the role binding with system:serviceaccount.

Here are some common configuration issues with role-based access control.

If your cluster ran an older Kubernetes version, it might have weak ABAC policies, such as full API access privileges to service accounts.

A default RBAC policy grants scoped permissions to a set of nodes, controllers, and components on the control plane. Still, it doesn’t grant access to any service account beyond the kube-system namespace (except discovery permissions granted to every authenticated user).

While this approach is secure, it can disrupt the existing workloads that expect to receive API permissions automatically. You can manage the transition to RBAC by running both authorizers (ABAC and RBAC) and specifying a policy file with your existing ABAC policy:

Here is a detailed explanation of the first command line option:

When you run the kube-apiserver at a log level of five or above for the RBAC policy, you can view the RBAC-denied requests in the API server log with the RBAC prefix. This information is useful for determining the appropriate roles for each service account, user, and group.

After you grant roles to each service account and the workloads run without RBAC denials in the server logs, it is safe to remove your ABAC authorizer.

Role aggregation is available in Kubernetes versions 1.9 and up, allowing you to simplify granting privileges by combining them in defined roles. However, if you don’t carefully review every role aggregation, they can modify the role’s intended use. For example, a

system:view role might improperly combine rules that violate the role’s purpose, such as using verbs that allow users to modify clusters.

Role definitions can overlap and give users the same level of access in multiple ways. Sometimes, roles may overlap intentionally, with administrators knowingly granting duplicate privileges. However, this configuration is complex and makes it harder to understand which users have each access permission.

Another issue is that revoking access is more difficult when the administrator doesn’t realize that different role bindings provide the same access.

If you create a role but don’t grant it to any user, it adds to the complexity of managing RBAC policies without improving security. Likewise, roles that only relate to deleted users (such as a service account in a deleted namespace or a former employee) create excess noise, obscuring the relevant configurations. Removing inactive or unused roles is usually safe, allowing you to focus on active ones.

Users and service accounts should be assigned the least RBAC permissions they need to perform their roles. Here are some general recommendations for achieving the principle of least privilege:

The built-in cluster-admin role grants virtually unlimited access to your cluster. During the migration from legacy ABAC controllers to RBAC, some administrators and users ignored warnings in the documentation and duplicated the broad cluster-admin permission from the old ABAC configuration. Identify if this was done in your cluster and remove this permission.

If a user or group is regularly granted cluster administrator rights, an account compromise or mistake can have dangerously far-reaching effects. Service accounts generally do not need this access. In either case, you should create a more granular role or cluster role and grant it only to specific users who need it.

Allowing non-experts to easily manipulate and change K8s resources empowers them to troubleshoot independently and reduces toil on DevOps and SRE teams. But, as the saying goes; “with great power comes great responsibility”, and you can’t grant full access without some restrictions.

We’re aware of the fine line between giving too many permissions to giving too little. DevOps and SREs don’t want to do everything alone and become a bottleneck, but are also reluctant to give non-K8s experts too much autonomy and direct shell access, which could potentially result in an ‘elephant in a china shop’ scenario.

We also know that, in most organizations, too many changes to K8s resources can go un-audited. DevOps teams lack visibility into developer access and cannot fully track actions done within the cluster itself.

Hence, we’ve added RBAC support. It allows DevOps, SRE, and Platform teams to customize policies and access control for different teams, as they see fit, without losing track of changes across their Kubernetes infrastructure. This solves the pain of not knowing if and when someone made a change to the cluster, who did it, and what were the ramifications.

Read our documentation for an overview of RBAC in Komodor. 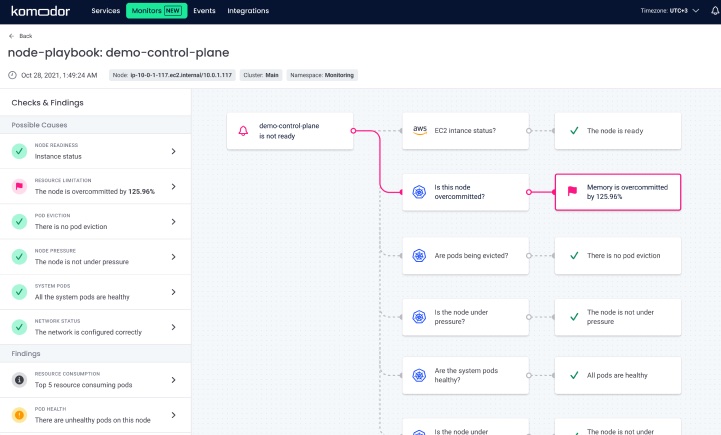 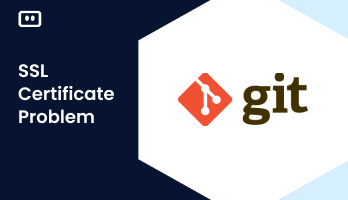